Epidemiology  is the study of the distribution and determinants of health-related states or events. Various methods can be used to carry out epidemiological investigations: surveillance and descriptive studies can be used to study distribution; analytical studies are used to study determinants (World Health Organisation 2019). Surveillance data and epidemiological analysis provides essential information for:

Over the last 5 years (2013-2017) the notification rate of infectious syphilis has increased by 135%.  This increase is largely attributed to outbreaks occurring in two different populations: 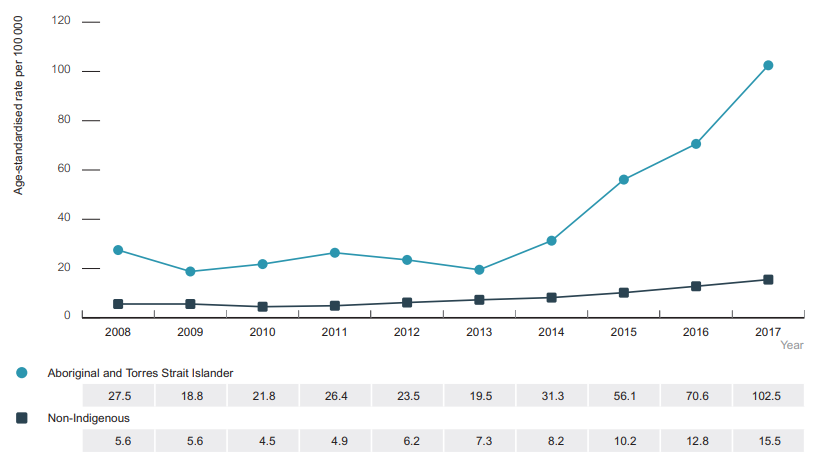 Further information on the epidemiology of infectious syphilis is available in the the Kirby Institute  HIV, viral hepatitis and sexually transmissible infections in Australia: annual survelliance report.